Meowmie has bought me some cat-drugs! It is something called Feliway and she plugs it into the wall and it makes a nice smell that chills me right out!!! I heard Meowmie say it had some Fairy Moans in it! They have them at the Vet Place too, I can smell Fairy Moans a mile of. My brother likes them as well.

If you are worried that your cat might be on drugs just watch their behaviour carefully, here are some examples of cats after snffing Fairy Moans: 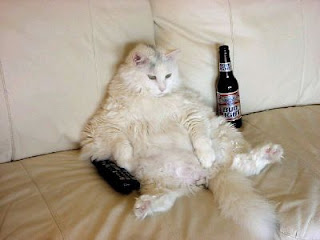 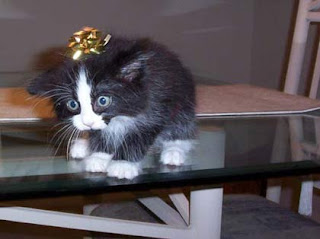 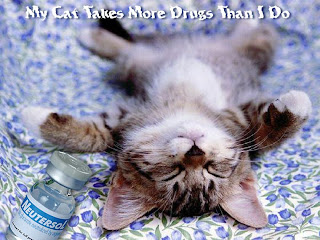 Had my Doxy the other day - made me feel a bit sicky-tummy-up but I think the worst of that is over now. Been having some metaclopramide which helps with the nausea mostly...although that too sometimes causes me to be sick. I guess my tummy-lymphoma doesn't exactly help kep food down too! Go away lymphoma!

Posted by The Furry Fighter at 23:06 1 comments

After the Strange Man in the Box On Wheels called me an Notter I've been paying special attention to my human's telly-box cos I usually learn alot from that, it's always one you see. Well, in particular I like to watch wildlife programmes and the other day whilst I was sunbathing I heard the word 'Notter' come from the telly-box. I reluctantly stretched, got up and strolled over to the telly-box to see what these Notters look like for myself...

Well, I have never been so insulted in all my life! Firstly I learnt they are called OTTERS, secondly they look like FAT MICE! Thirdly they LIVE IN WATER and foruthly they have stupid tiny ears. Below is a picture of an otter and below that a picture of me, there is NO comparison is there? 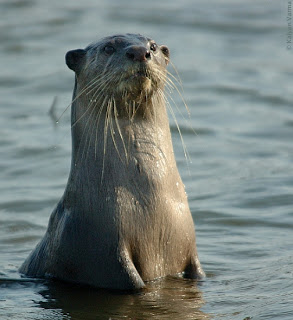 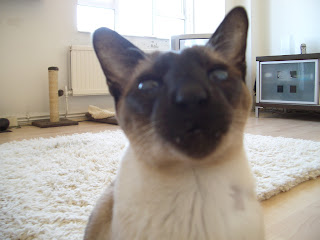 Didn't go to the Vet Place yesterday cos they forgot to order my Doxorubicin so I have to go in a few days - what a relief!

Posted by The Furry Fighter at 22:41 1 comments 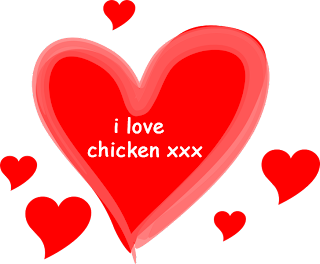 I've been generally OK for the past two weeks, I had an Away Day on Feb 5th and had a fuss made of me at the Vet Place. Then a week later I had a short visit for my vincristine injection thing. My steroid dose has decreased to a tablet every other day now, which is better. Meowmie hates giving me tablets and I hate having them.

My appetite hasn't been so great for the past two weeks but is picking up again, Meowmie has been trying to coax me with all sorts of foods. Usually my favourite food is Hills Science Diet dry food, so Meowmie tried to tempt me with Hills Wet Food, which is lovely (especially when mixed into a soupy-thing using hot water). HOWEVER, I noticed that this could be an opportunity to avail myself of some foods that I am not usually allowed...Whiskers Chunks in Gravy, Felix and Sheba!!! I see the adverts on the TV and it makes me want to try them - a bit like you humans and your Big Whopper Macs. Meowmie used to sneak Pot Noodles into her cupboard many years ago but I haven't seen her do that for a while now.

So, I had my first ever can of Whiskers 'Supermeat' the other day, I thoroughly enjoyed it so I am going to pretend for a little while that I don't want my Hills. I might try and get Meowmie to serve up a bowl of Hills AND a bowl of Whiskers at the same time!

Meowmie J came to see my the other day, she stayed for a cup of tea and gave me some...CHICKEN :) She told me it was my Valentine's present. She let Castle have some too cos she loves him as well. Meowmie J didn't stay so long cos she went red and itchy again.

Posted by The Furry Fighter at 21:56 0 comments