Today, something a little different, I am going to give you some little-known and strange facts about my home town London, England.

1) The shortest distance between two stations on the underground system is between Covent Garden and Leicester Square - it measures 300 yards, but it is also one of the busiest stretches on the whole network, mainly because tourists don't realise how close the two places are so they have no idea that they can actually walk it in quicker time than taking the tube!

2) Prehistoric remains that have been dug up in London include elephants and hippos (Trafalgar Square), Lions (Charing Cross), Crocodiles (Islington) and Sharks (Brentford)

3) Jack The Ripper was left-handed.

5) London taxi-drivers are permitted to urinate in public, provided that a member of the police force acts a witness. 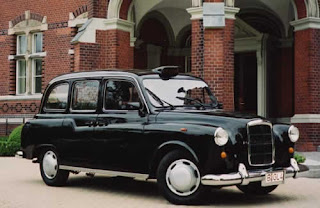 6) In December 1980 a journalist Duncan Campbell made an unusual and illegal journey across London from Bethnal Green in East London to Westminster. He descended down a mysterious access shaft near Bethnal Green tube station into a well-lit tunnel. He found an extensive network of well-maintained tunnels and passageways beneath the city centre streets. He didn't need a map as the tunnels were even signposted! His route took him to telephone exchanges at St. Pauls, Holborn, Covent Garden, Leicester Square and The Post Office Tower. A tunnel is also supposed to run from Buckingham Palace to Westminster Palace, the entrance is rumoured to be the strange extractor fan just by the Institute for Contemporary Arts (ICA). 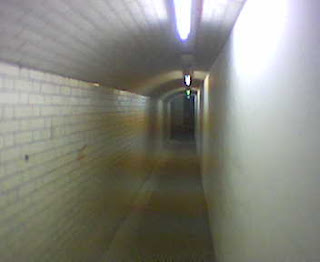 7) The foundations for Chelsea Football Club are made out of the excavations dug up during the construction of the Metropolitan tube line.

8) Some of London's old street bollards are actually made out of old cannons with a cannon ball welded to the end. 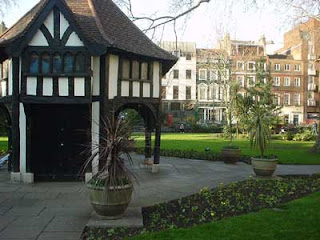 10) There are 13 towns /cities in the US called London

11) Houndsditch in East London got it's name as it used to be a dumping ground for dead dogs, literally a ditch full of Hounds. 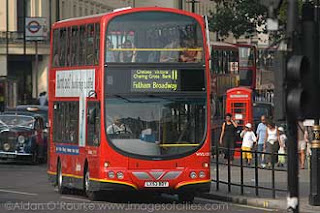 13) Noel Coward said of London "I don't know what London's coming to - the higher the buildings the lower the morals!"

I was going to tell you about the origins of the streets called Grape Street and Grub Street (almost every UK town has one) but I'm not sure I can bring myself to type out the original name! Look it up on Wikipedia - it's amazing how our language evolves and changes.

As for me...I have had my firat non-sick day for ages - for the past few days I did one vomit per day, i have been vomit free since yesterday lunchtime now! I think, and hope, that I am now getting on OK with the Zantac! Hooray!

Those are some really interesting things about London. It is so different from where I live, it seems very exotic.

Is Houndsditch a famous spot? It sounds like it used to be a very grisly spot, but now it's probably just a regular street, right?

These are some interesting items. I also do London posts from time to time; there's so much to write and new things every week. You shoiuld also check out Londonist, if you've not already found it.

Hi, Storm! Wowie, what a kool post -- I learned a lot about London! Sounds like a neat-o place. And I'm so glad you've had a non-sicky day -- that is furry good news! YAY for Stormie!

Kittyhugs and purrs from MaoMao!

SO true! The English Feeder never takes the tube to Convent Garden. He says it's a disaster!

hmmmm mommie says next time the family takes a trippy to the UK they are going to ave a look at some of these things.
That #11 bus, she says she needs to remember that....

We are thrilled the zantac is working. We have been getting up with a sour stomach in the mornings... perhaps we need something. It is usually me that feels a bit barfy, not Prinnie.

That was really interesting, especially #5, I only thought woofies would be allowed to do that (with a cat as a witness of course!).
Tara

I didn't do TT today but was reading yours on the way down to the next post. Some very interesting things!

Thanks for sharing Storm! Those are very interesting tid-bits! The LL really wants to visit London someday.

Kaze
(Oh, Castle really picks up whole eggs??? Wow! And yes, for Meezer Rule Wednesday just post a rule and a comment on Simply Siamese and Sammy will include you!)

I must say that #5 strikes me as rather odd! Those are interesting facts about London.

I'm sure glad you had a good day!

That is really interesting in London, that is the city I always want to go~!!!!

Thanks for the information~!!!

Wowies! Thats alots of information abouts London. We wishs that our Grand(ma) could have read somes of that before she wents to London. She woulds have liked to know about the 2pound bus cause shes always looking for the cheaper route! Grand visted theres, momma wanted to visit toos, but she had to take care of Great(grandma) as she is too olds to travels anymore and needs help with meals.
We is gonna keeps our paws crosseded that you is agreeing withs the zantac!

hey storm! Those are excellent facts , very interesting, I had no idea about the £2 bus fare, I shall make sure I do that next time i am in London because I am a sucker for touristy things and would likely have paid the tourist fee! Also, the little house in soho, I have sat and had lunch outside that, had no idea it was an air raid shelter!

Thanks for the award also, much appreciated.

Glad you are feeling well little furry fighter, keep it up!

I miss London!!! Especially all the wonderful history! I could walk around London for hours and be perfectly content! I know I'll move there for a few years sooner or later! But what will my boys think if I leave them!!! I guess I'll have to wait until they're gone. Could never leave them!

Great news about the 'vom' well done and I loved your facts about London - I live here and I didn't know any of them. Tell us more. FAZ

Storm, we're so glad to hear you're feeling better.

Mom started laughing out loud when she visualized #5 happening here in the US!! It would be interesting to discover the original reason for that law.

Those are very interesting factoids Storm! We agree with everyone that #5 is weird! And the tunnels are quite amazing! We'll have to ask Paw if he's heard of them!